I can not say I know anything about art, as much as I would like to be able to speak the language of art and impress someone at a dinner table, unfortunately it was not a skill meant for me. Having friends who work in the art industry inviting me to Miami Art Basel, I can't really say no. It's only the best week of all.


While everyone in town spends the day looking at art, visiting exhibitions and galleries, I spent most of my day shopping and eating. Like all of my trips, it is orientated around food. I am slightly ashamed to say I did not see a single piece of art. Thankfully my friend Andreea the blondie who was travelling with me had the same attitude. 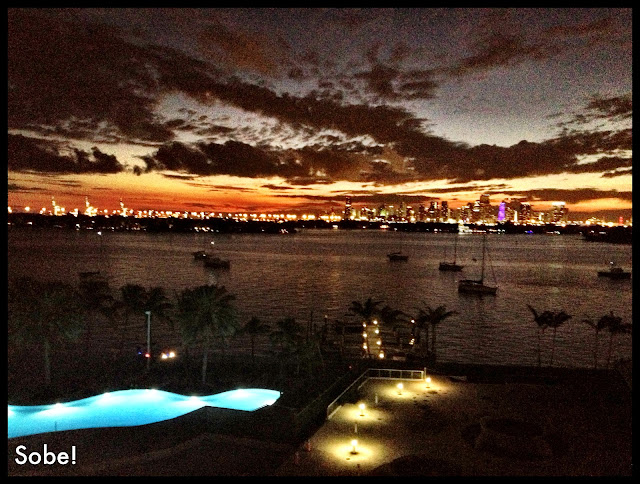 I discovered a new dessert called 'Tres Leches' while I was in Miami. Head to Cecconi's at Soho Beach House for this heavenly sweetness (http://www.cecconismiamibeach.com/). Having no expectation what so ever I took my first taste and it was love at first bite. I couldn't believe I had never heard of this before. Where has it been hiding from me all this time? A moist and spongy milk cake, sitting in a bowl of sweet milky cream, topped with a squeeze of dulce de leche (Argentine answer to condense milk). Dribble.
They also do one of the best lobster spaghetti I've ever had. I kept getting angry at people who wanted to try a bite from me.

After doing some shopping Andreea and I spent the afternoon by the pool of the Setai Hotel for a light bite. The waitress recommended their house special Black Truffle Pizza and we both with no hesitation said yes. Another waitress comes over and asks for our room number which we didn't have so asked us to move to another table further away from the pool. I love how stubborn Andreea can be as she argued with the waitress that we shouldn't have to move. This is America and we demand customer service! Finally, another waitress comes over and says 'Ma'am I have spoken to our manager, and since you ordered the truffle pizza that is market price at $300 we have decided that you are very welcome to sit here'.
Maintaining as much cool and calm as we both possibly can we turn to just say 'Great thank you'. We both immediently turn to look at each other as the waitress walked away, 'Did she just say 300?!'
Uncontrollable laughter finds us in stitches. Its too late now to cancel after having such an attitude when asked to move! So we sit there giggling to ourselves and waited for our $300 pizza. Note to self, next time you see 'market price' written on the menu, make sure to ask and don't assume.
The pizza was good. Was very good. What's not good about truffle and pizza? But it wasn't good enough to fix the heart break of our bank account. Our light meal/quick bite turned into a $500 lunch for two. 20% service charge is a bitch.
I can't go to Miami and not eat at Prime112 (http://www.mylesrestaurantgroup.com/). I have to admit that I am not a big steak eater (which most people would say defeats the purpose of going to Prime112) but there are so many other ridiculously good things on the menu not to mention the buzzy and fun vibe. Instead of peanuts with your cocktail why not have strip of crispy bacon served in a wine glass? Judge as much as you like but you don't know until you try!

Same again next year minus the pizza.
Tweet Pin It Now!
Posted by Eat Fly Love at 12:10